King of the spill tried to develop a theory about tactics. If such theory will help to improve your chess is another matter, but I see developing theories as a means to clear up the mess that usually resides in the head. A sort of defragmentation of the hard disk so to speak.
I have a lot of fragments which are not put together into a consistent theory, but maybe King or others will derive some idea's from it.

I divide tactics in two main area's.
To win a piece (be it a king or otherwise) from the enemy there are two possibilities.

Trap.
The first one is the TRAP.
Here is only ONE target involved.
If you are after a target, it usually escapes after every move you do to attack it. Ad infinitum (=move 50:).
Only if the target has a lack of SPACE you have chances to catch it.
I consider checkmate as a special case of a TRAP.

Duplo attack.
The second possibility is the DUPLO ATTACK.
I posted about this earlier. I use this name to distinguish it from the term "double attack", which is a part of all possible duplo attacks.
A duplo attack means that there are TWO TARGETS involved. 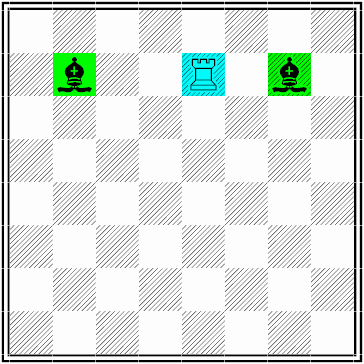 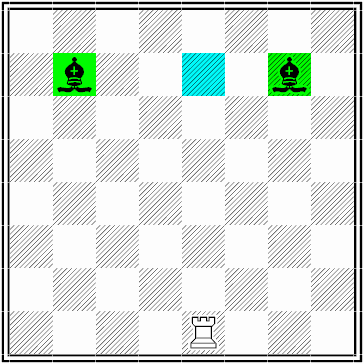 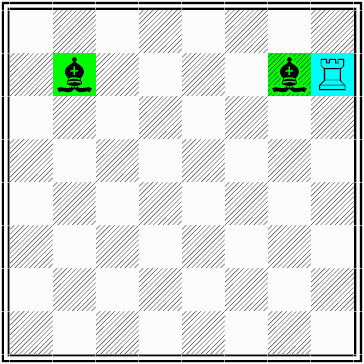 White to move
Blue= attacking square
Green= target square
The targets are in line with the attacker.
Depending on the values of the hostile pieces this is called a pin or a skewer. 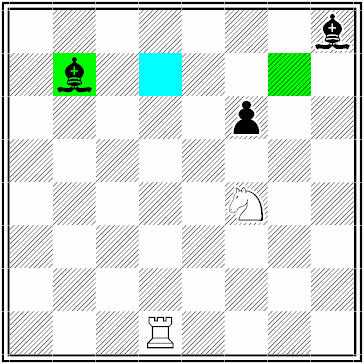 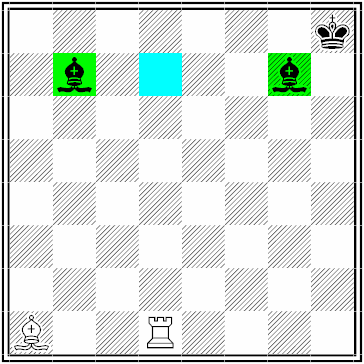 White to move
Blue= attacking square
Green= target square
Here you use another preparational move to force the king to its target square.
A simple exchange Bxg7 will do the job.
If the value of the piece you exchange is higher than the one you get for it, the exchange is called a sacrifice. 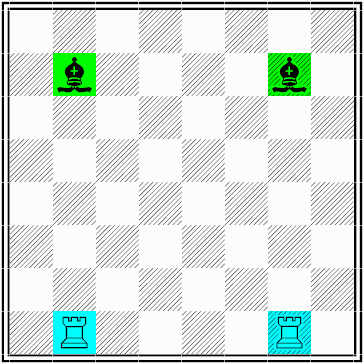 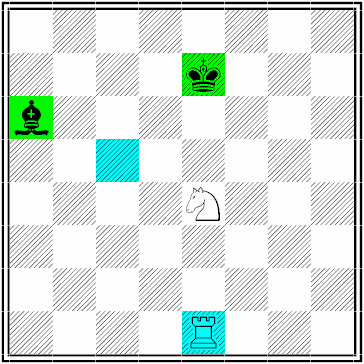 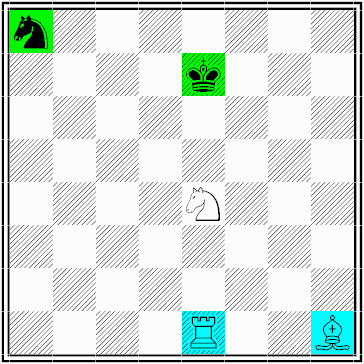 White to move
Blue= attacking square
Green= target square
Clearance. By moving the knight away, both attacks come into action.

Summary.
There are two methods to win a piece:

A duplo attack can be descibed with:

Posted by Temposchlucker at Saturday, February 04, 2006